I pretty much did it.  I had a couple days off, one before my last half marathon.  (Recap to follow)  I feel much better, that's for sure.  I have better habits and I'm cooking more.  That's the most important.  Plan on keeping the plan up with occasional but very few "cheat" meals.

Mostly not.  The pain in my leg is pretty aggravating.  I finally made an appointment for the Sports Medicine Doctor for this Thursday.  I really think it's my sciatica nerve starting at my hip.  The pain moves around and sometimes it's hard to walk without a limp.  That needs to stop and I mean now.  I wear my compression sock on my left leg almost all the time.  That seems to help.  Still icing, resting and doing my core exercises.  Hoping to get back on track by the end of the week.

Still lost a toenail and my big toenail is going to bail soon.  Probably from the last few half marathons. 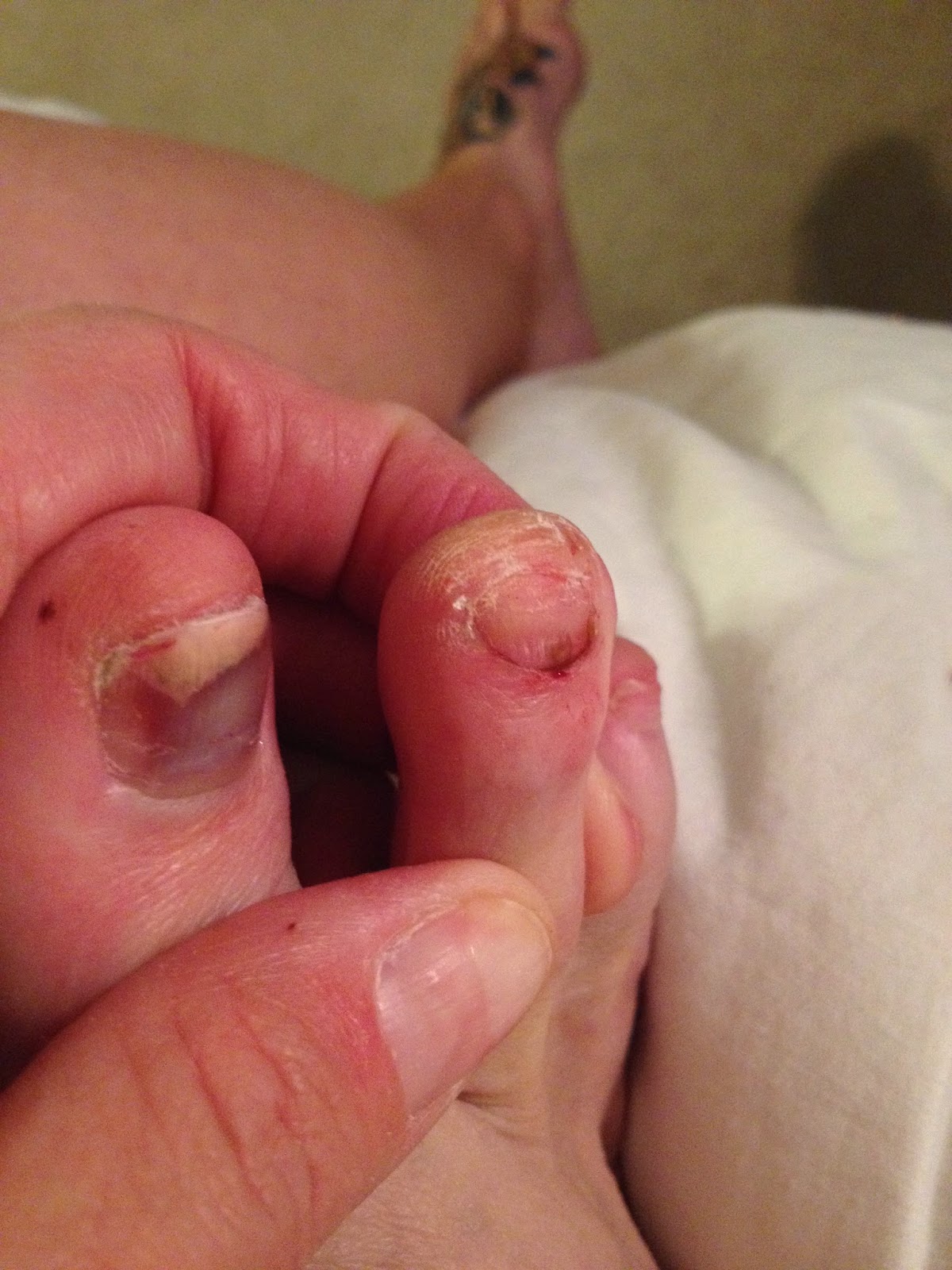 It was fun running a half marathon with a tender toe without nail.
Kinda.

I changed the battery in the shaggin wagon.  Just to see if I could.  It was an interesting experience and only minimal injuries.  I'd do it again. 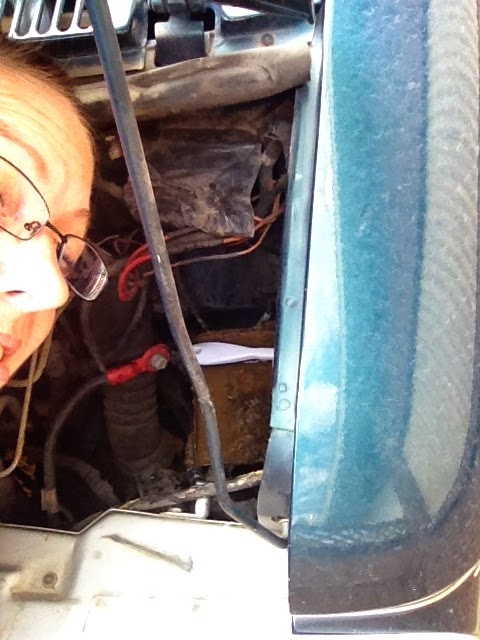 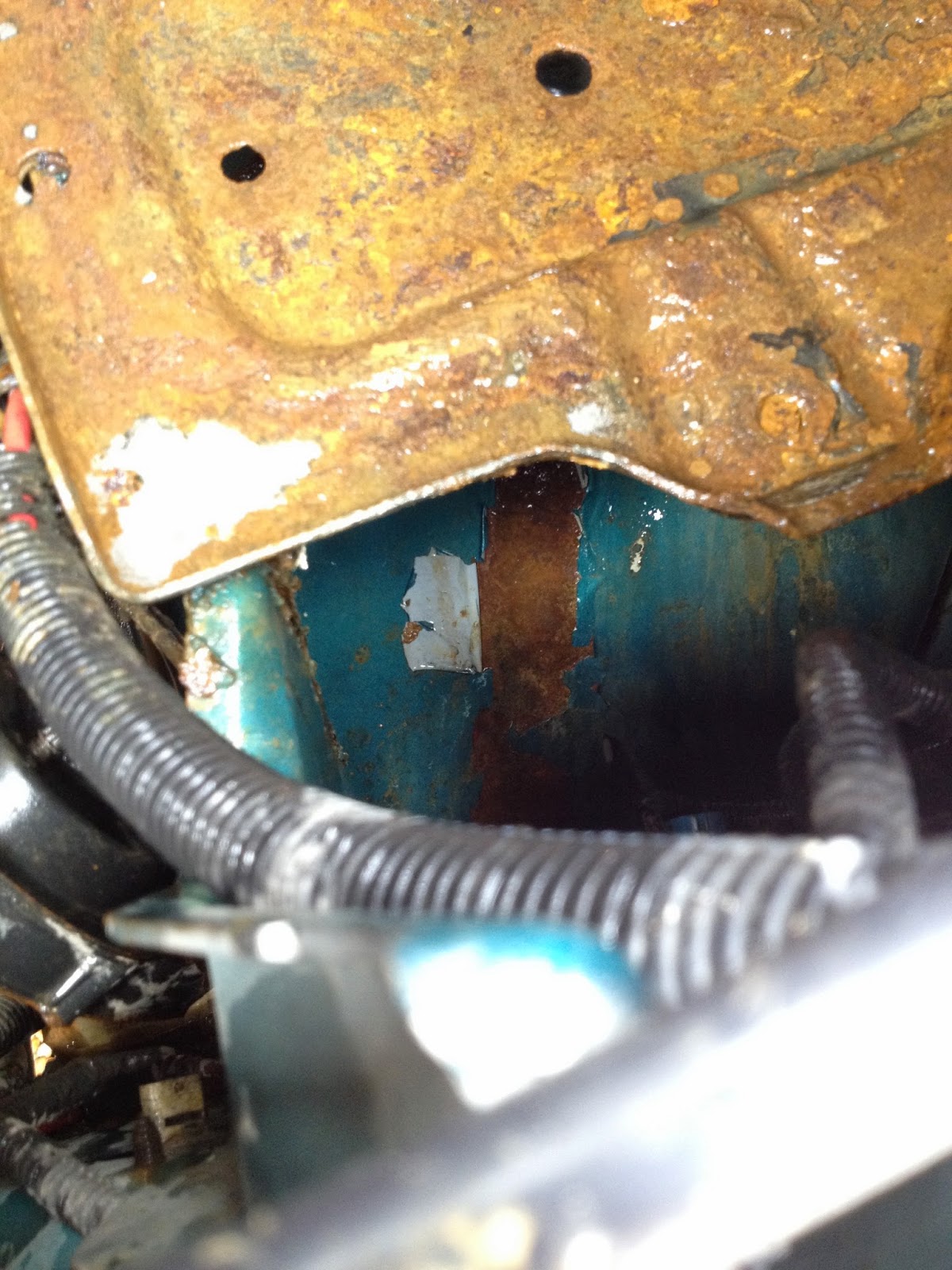 '
Cleaned up the battery holder.  Battery acid caused some rusting on the wheel well. 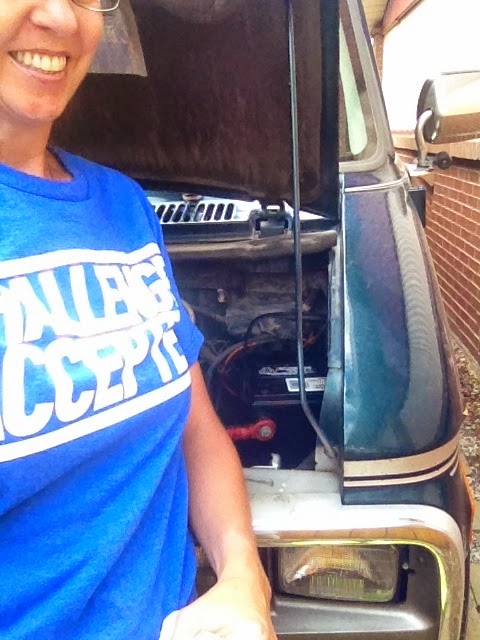 Battery IN. Challenge Accepted and won!!

Awesome race and great friends!  I didn't run between the Run Elevated half marathon and this one.  I was happy with the time and my leg pain was less then the last half marathon.

Outfit planned.  New Lululemon shorts (on sale for 34 dollars!) and running in my new Hokas!
(I did a short 3 miler 2 days before the half to make sure they'd be ok) 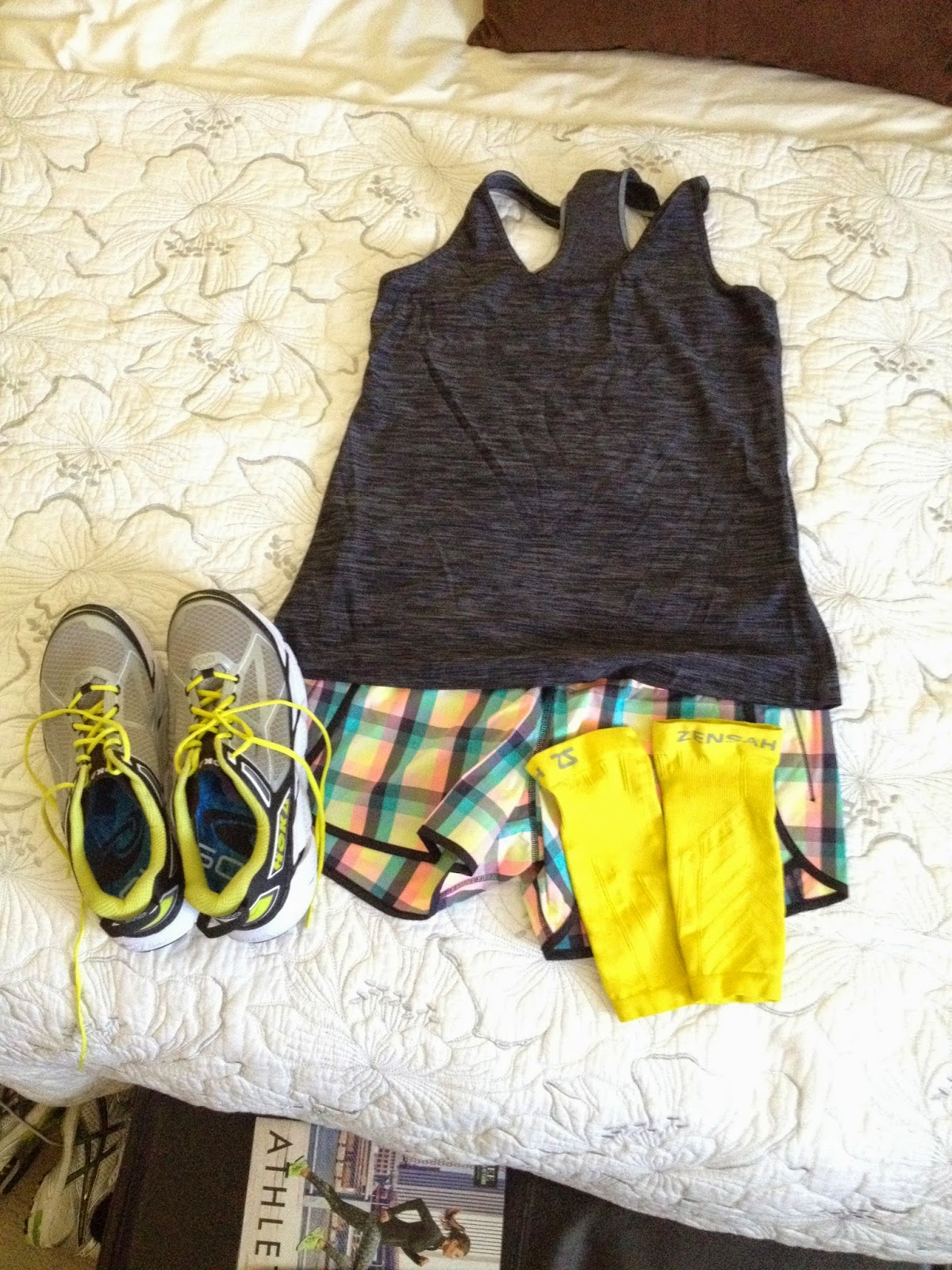 Tera, Jason and I went to dinner Friday night and then stayed overnight in Payson.  We drove the course the night before and saw this little angry friend. 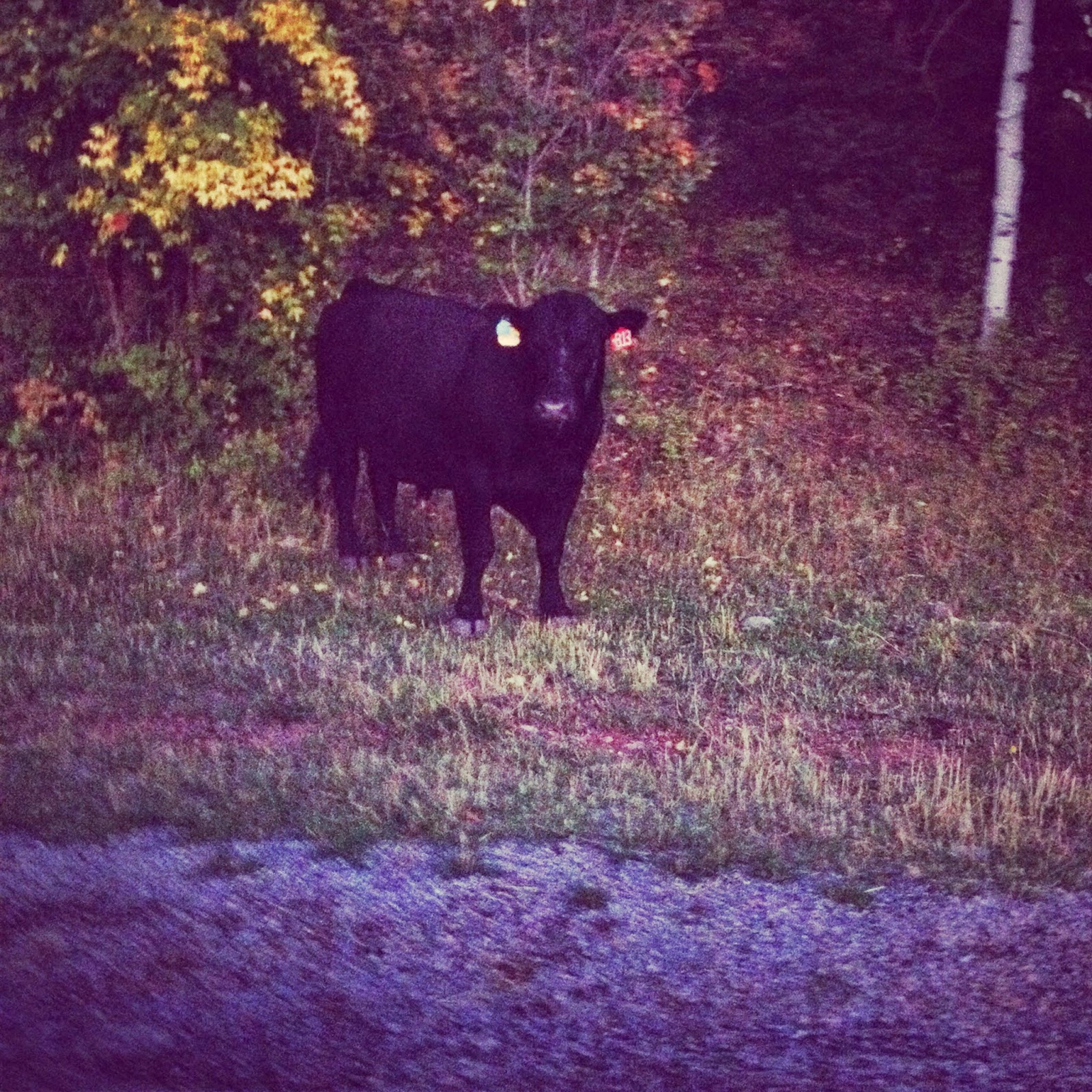 Running with the steers?

This is how you park when you are pulling wave runners in Payson.
I'll just park HERE. 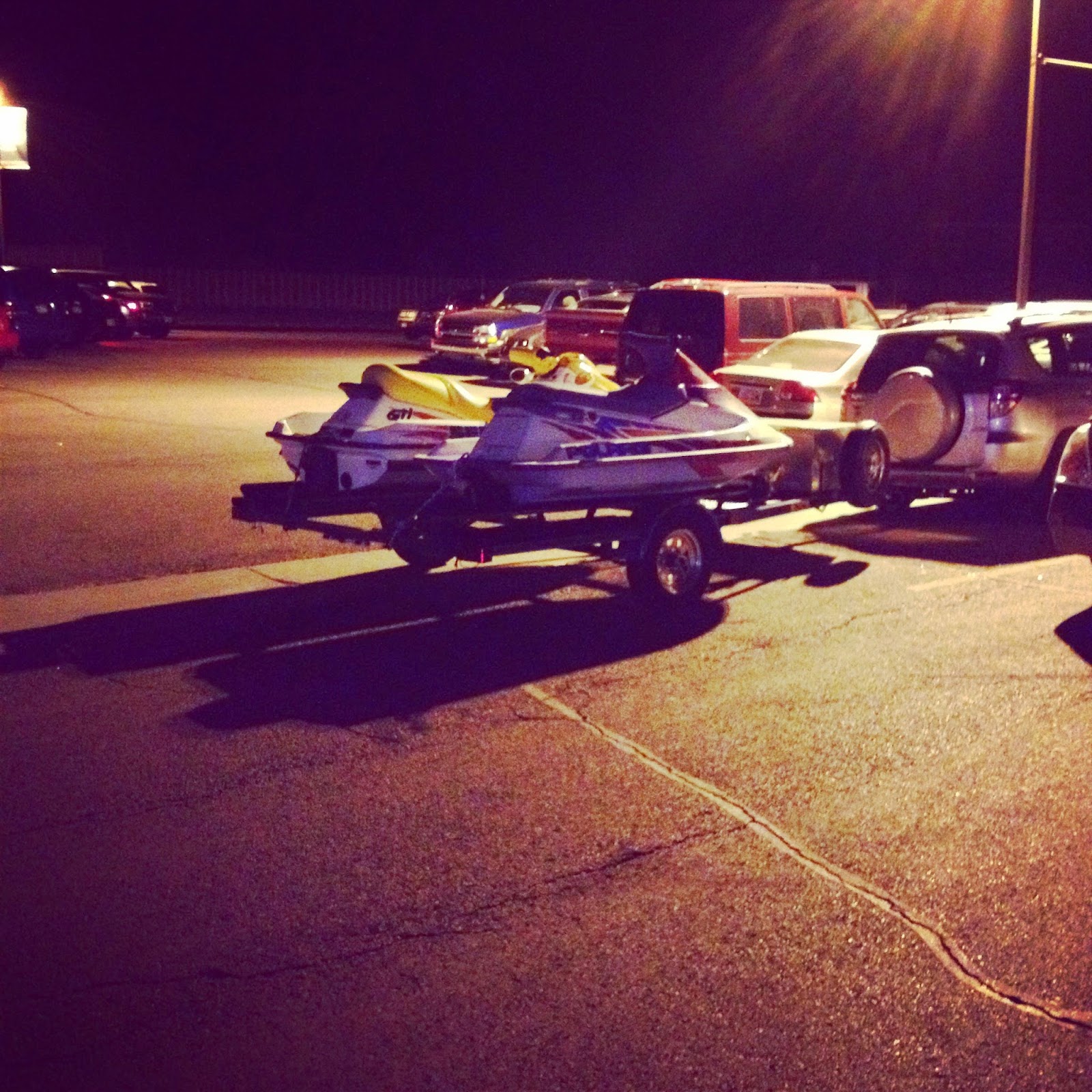 Huge fires to keep us warm before race time. It smelled wonderful!  I miss camping. 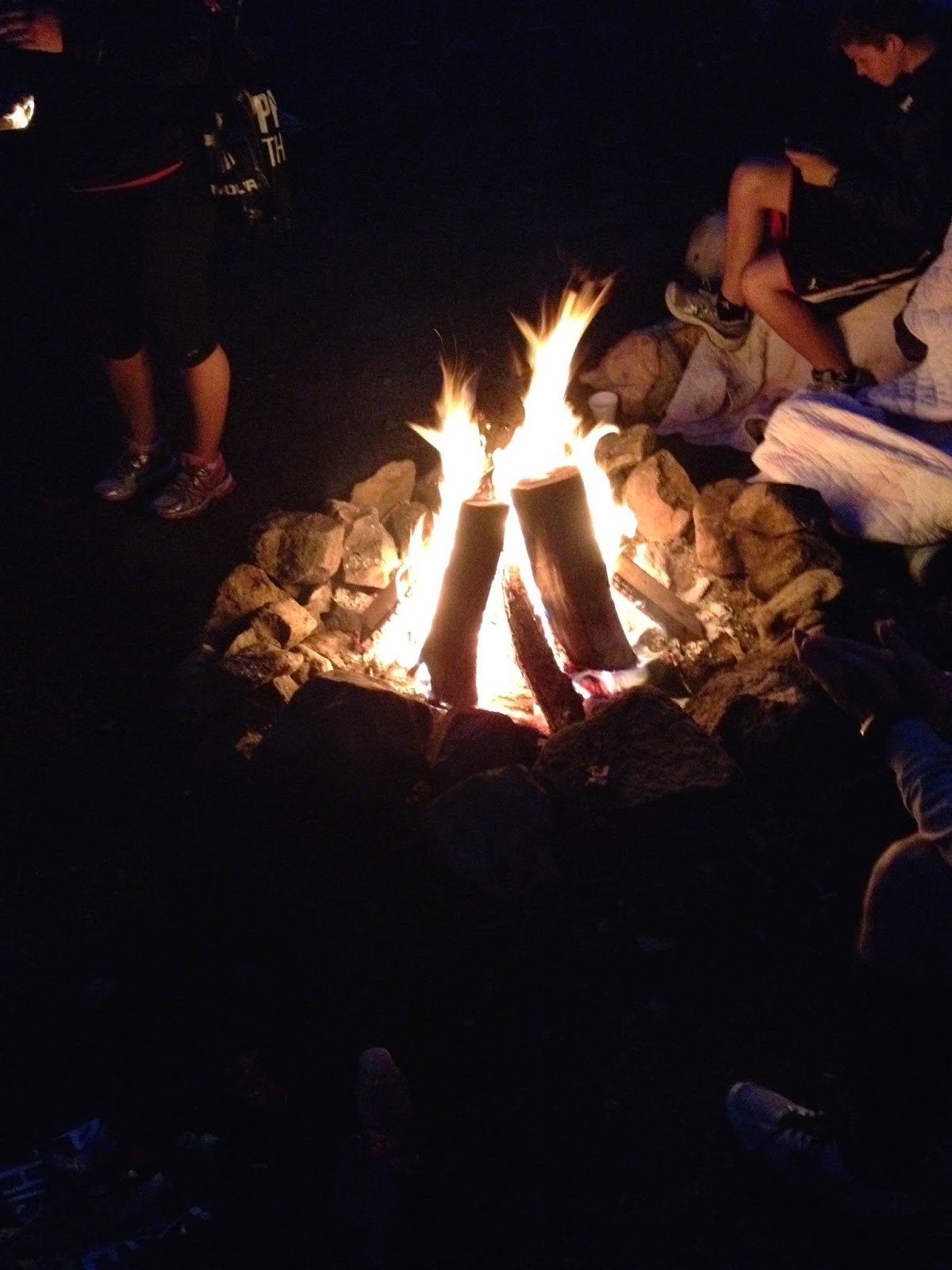 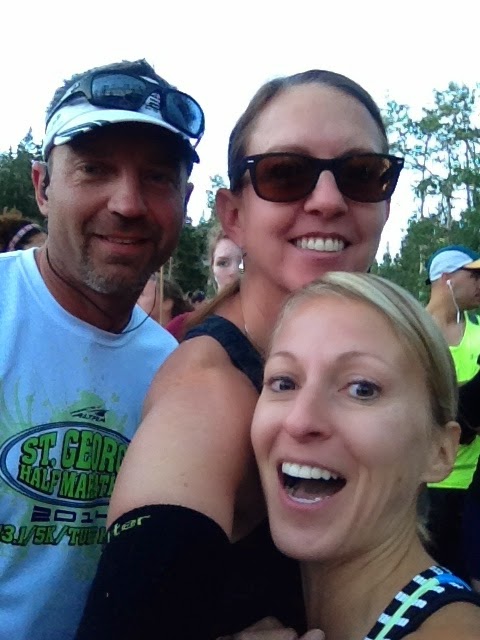 Mile 6ish I started getting nauseated for some reason.  But after a mile or so I felt much better.  That prevented me from having my second GU at 90 minutes so I just had a cup of power aid at the aid station. 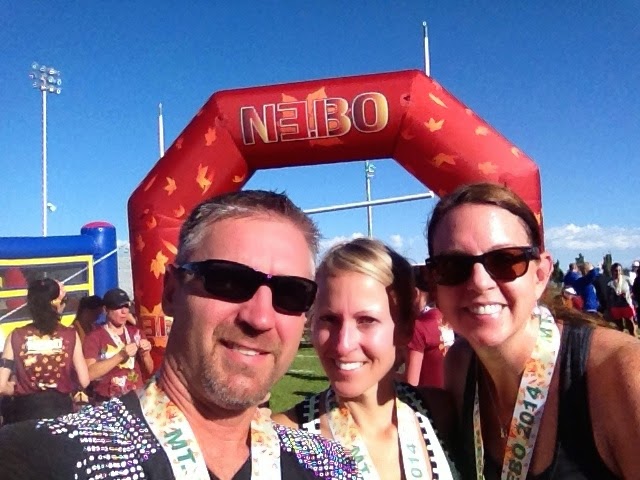 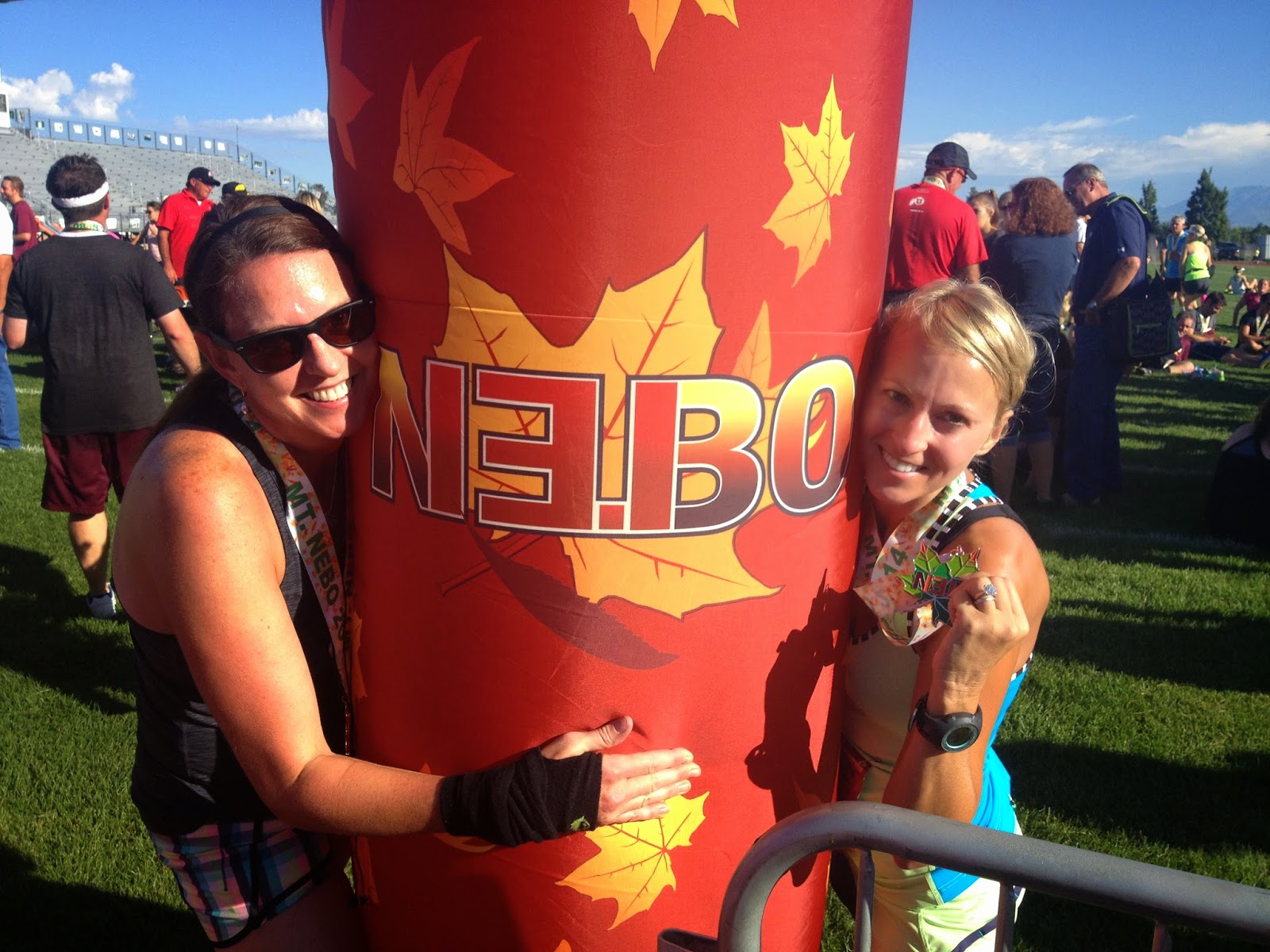 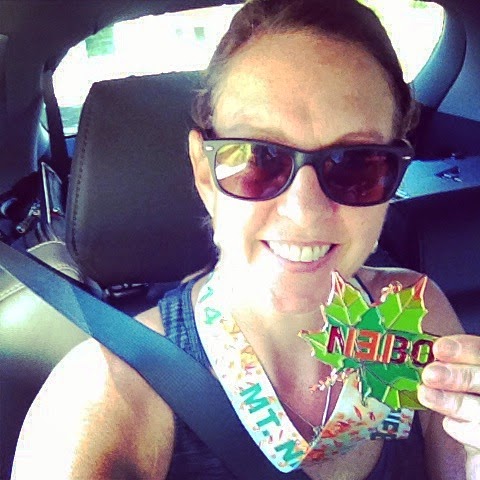 Dog rescue on the way back to the hotel.  Returned safety to her owners 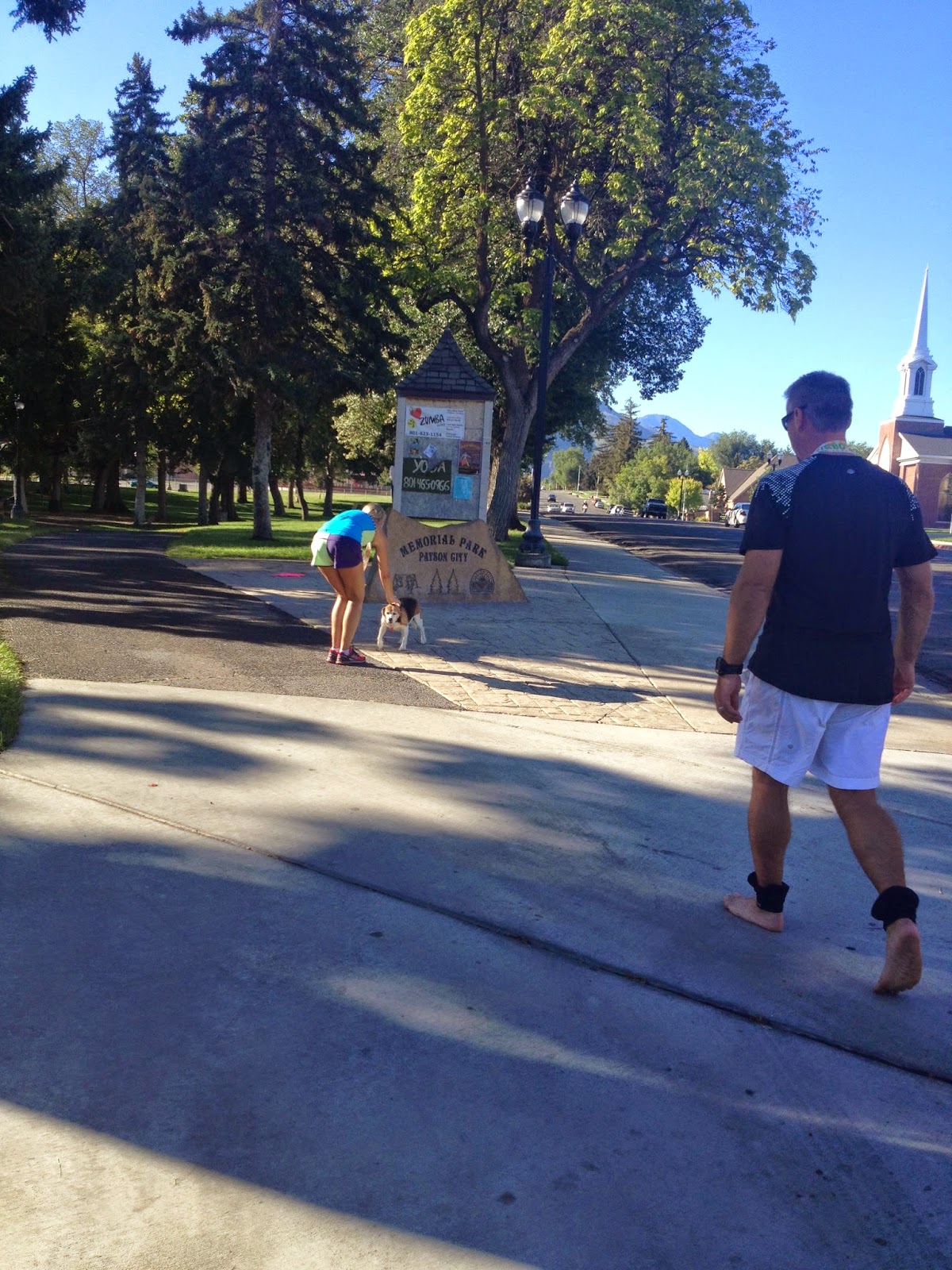 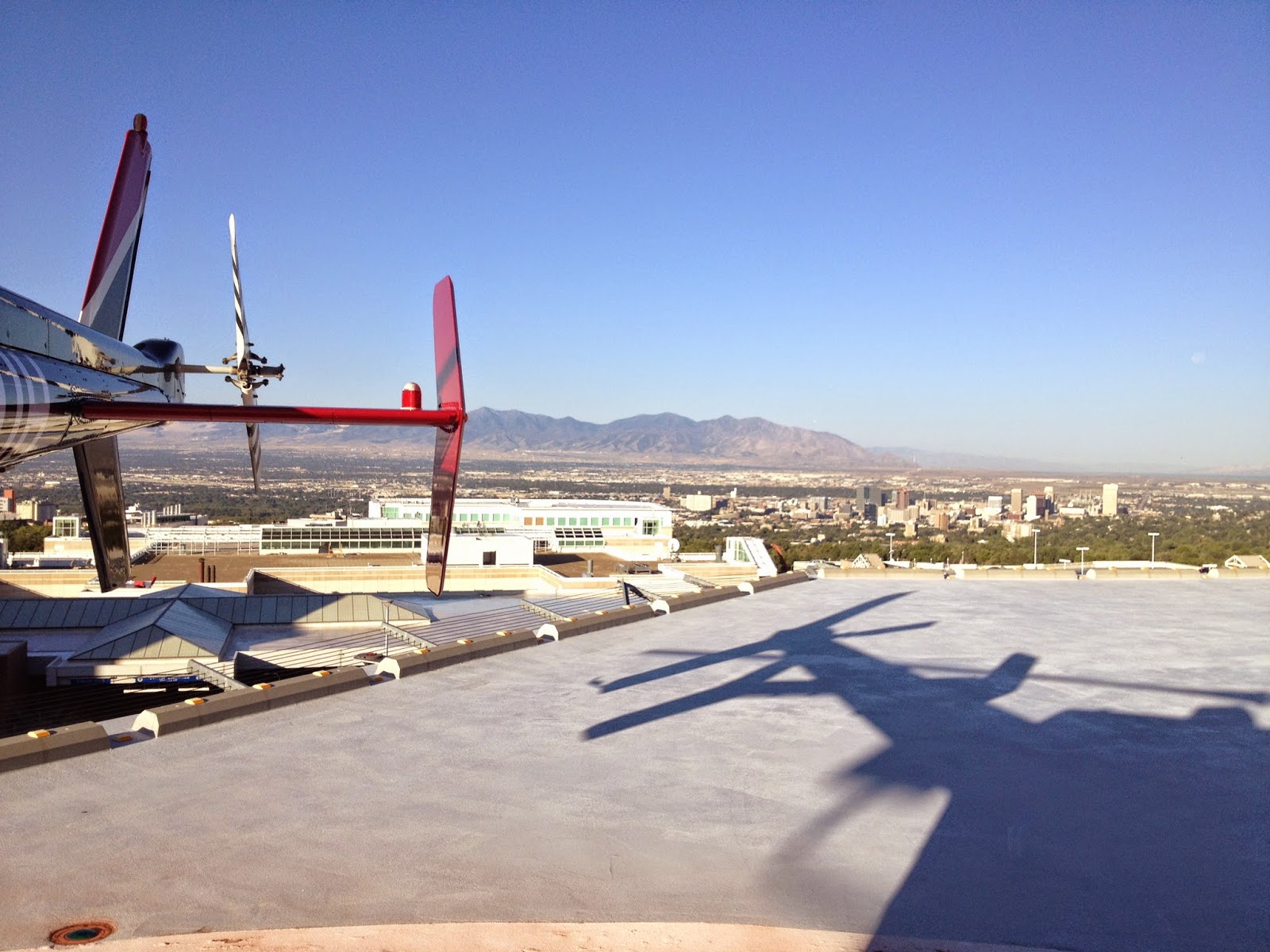 Our local outdoor music venue put on a Comedy Festival.   I bought the tickets a few weeks ago on Groupon.  I asked my kids to go with me but they were busy. I should have taken offers up from my girlfriends.  I took a man I've been dating off and on for the last few months.  I was pretty much over his shenanigans.  Then we went to this concert and ended up sitting with his friends.  It was a pretty lame date.  The Comedy was AMAZING though!  Until it started to rain and we left during Louis CK.  My favorite comedian!  We were so far away and the rain was just soaking us and it just wasn't worth it.
Other artists we saw were Aziz Azaria, Sarah Silverman and a few others.  It was pretty awesome. 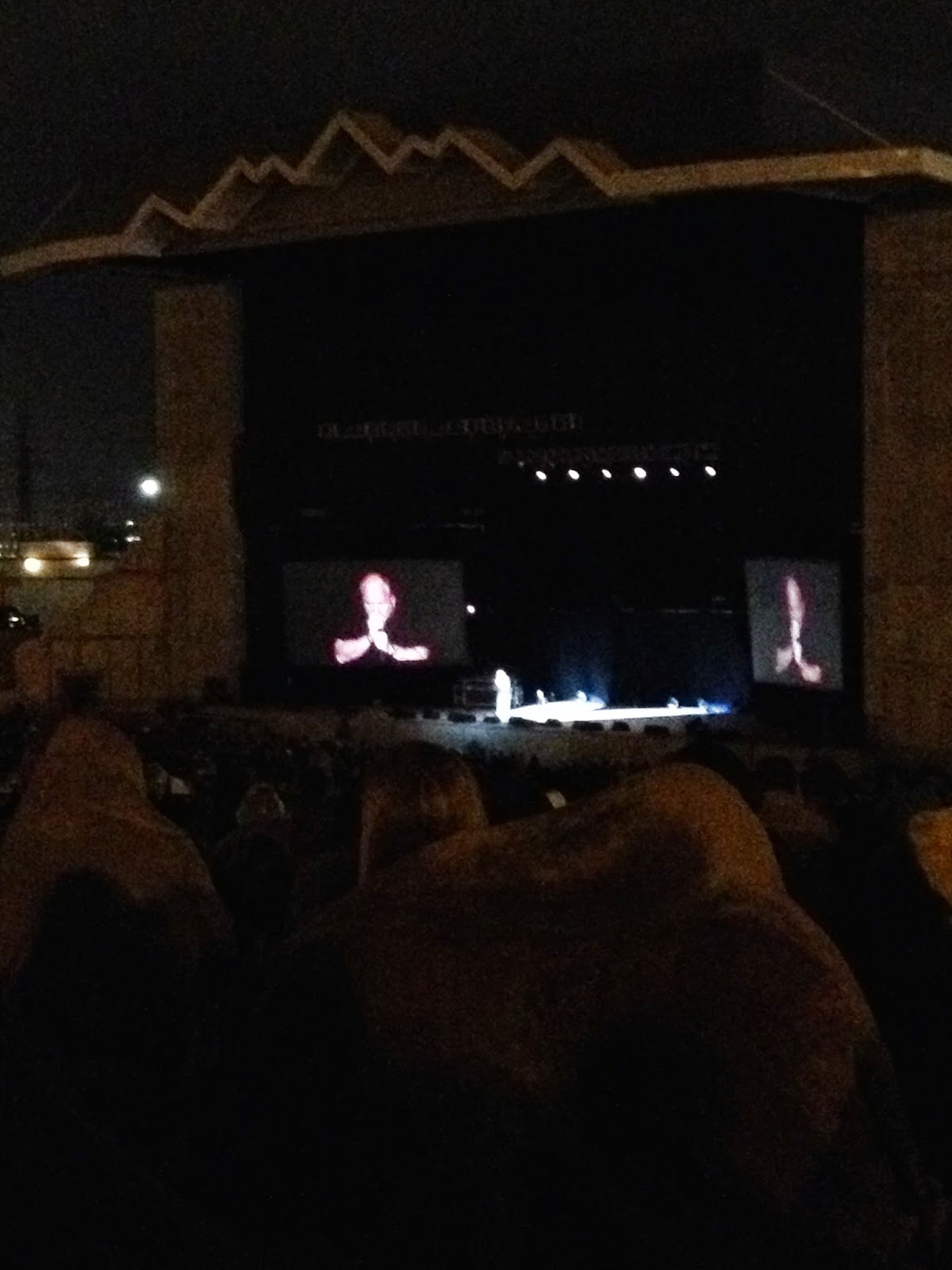 Dating is pretty annoying anyway.  I'm holding out for a guy that I really enjoy spending time with.  Sounds simple huh?  But I'm not getting into that.  Yet.

So that is the last few weeks in a nutshell.
My new addiction is Cashew Butter on a celery stick with Craisens.  Do it.  Try it! 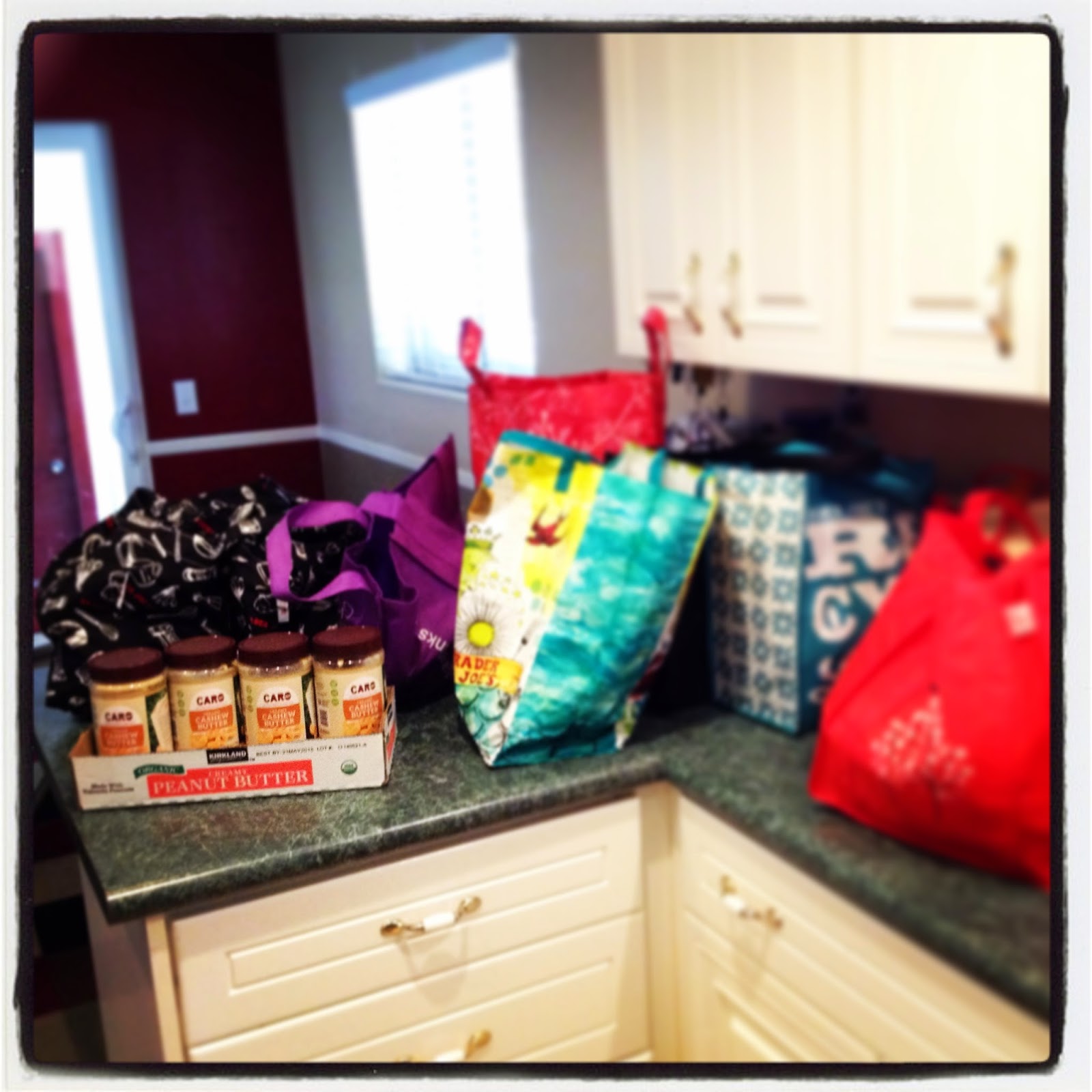 What is your favorite craving right now?