Slow day at work.  We did a flight early and I'm all caught up with all my paperwork.  I decided to look through Amazon Prime and see if they had any good documentaries or films that I could rent and watch.  I have pretty much watched the death out of Netflix, HBOGo and Amazon Prime.  I should read a book...I know.

I love a good book, movie or documentary on running.  I love to talk about it and plan and buy stuff.  It has really become my life and defines part of who I am.  This documentary addresses that feeling.  Why do we run?

Here is the trailer for it.

John Burkett is a runner and a film maker.  He set out about the country asking people why they run.  What he found is interesting and fascinating.  I became just a little bored during the interviews with the pros but when he moves to talking to regular people it started my running motor.  Turns out they aren't just regular people.

In the end it's true that there is no secret.  People who run, and love to run, just do.  For ALL the reasons.  My frustration with not having enough time to put in the training and rest that I need was lessened.  My excitement to get on the next training plan spiked....kinda like a "new running shoe" day.  Well, not quite but close. 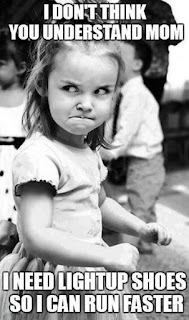 Of course I only have to convince myself.

I rented it for 2.99 off Amazon as a prime member.  It's a little over an hour long.  It's a great way to spend 3 bucks.  I recommend it, especially if you need a little jump start or motivation.

Speaking of next race.  I don't have a planned race until Oct. 24th.  I'm running the SLC Haunted Half in a penis costume.  I'm kidding.  Probably.

I was sick with the flu after the Timp Half on August 1st and have just in the last few days been able to get back to work and not feel like I'm going to puke.  I'm even feeling my energy increase. 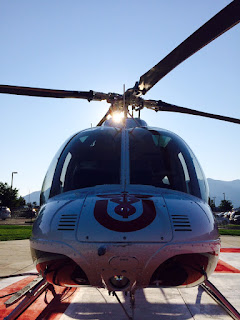 Hoping for a nice run on Wednesday to kick off a non-training couple of weeks.  I'm going to Bali in September.   (yeah!!!)  I'm taking my running shoes.  I'm not really training until I get back.  It will not be a fast half marathon.  Guaranteed!