The cloud is lifted.

Soooo....I went to Bali.  And Borneo.  I left the last day of August and returned September 16th.  Truthfully I was very nervous about going.  I get a little nervous whenever I leave for an extended period of time but this trip was half way around the world.  In a country I've never been to.  What if they don't have phones? or INTERNET??   I'm just a little bit kidding.  I wanted to stay in touch with my kids and make sure all was well at home.

Before I left I was dealing with some pretty big stressors.  Work was really at the top of my list with some things going on that I didn't agree with and I felt unappreciated at best.  I had a few calls throughout the summer that were pretty stressful.  The ones you don't forget.  Sometimes it builds up when you are making life and death decisions and have so much responsibility.

My most irritating stressor was my last marriage.  It's like a freakin broken record.  I just stopped talking about it with anyone because I was sick of hearing it myself.  I was tired of getting super anxious when I had to go somewhere that I knew he frequented.  I was still so angry about his lies and the lack of accountability.  Tired of being hurt that I lost a friend.  It was all bundled into this mass of stress that was making it difficult to be who I wanted to be. I felt broken. I never really wanted to go out.  I started taking my Ativan more regularly the day I found out about the lies and almost 2 years later I was still on it daily.  I needed to find some control.  I needed a break.

This trip was the best thing I've done for myself in many years.  It was a life changing trip.  No joke.  I have thought many times why it turned out to be so amazing. I keep coming back to these 3 things. 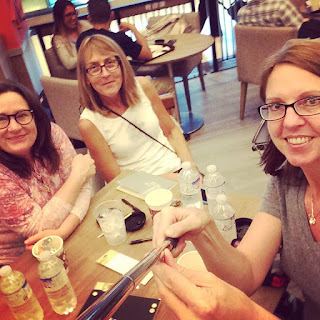 In Taiwan waiting for our connecting flight to Bali.  Had to try out the selfie stick.  I never really mastered it. 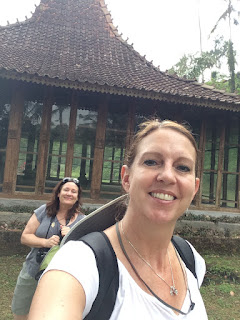 Carol was such a trooper with all my pictures/selfies/groupies.


2.  The Healer.  We went to a Balinese Healer.  We each had an hour and we each had completely different experiences.  We were all affected deeply.  When I walked in the first thing she told me is that I was beautiful but that I had a cloud over me.  (That's where I get the cloud reference)  We talked about the big things that have been bothering me.  She gave me some awesome advice and then she did some healing thing that involved aligning my chakras.  I laid on a massage table, closed my eyes and she did stuff with her hands and healing stones.  It was very interesting.

3. The Island.  I felt like I was getting energy and strength everyday I was on vacation.  Either from the Ocean, the little girls dancing, delicious food and even seeing all the wild animals.  Every day was a gift.  A gift of strength and time that helped me to re-align myself, my "cloud" and definitely my chakras! 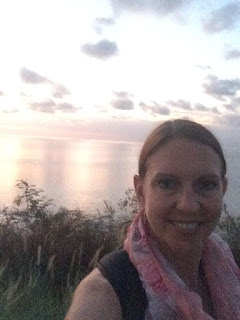 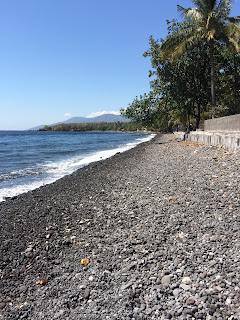 The ocean in Tulamben, by far the most peaceful part of the trip. 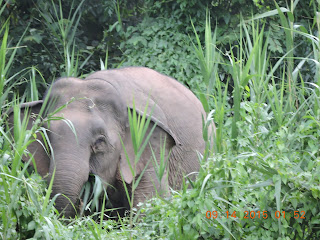 So grateful to be able to see wild animals in their habitat. 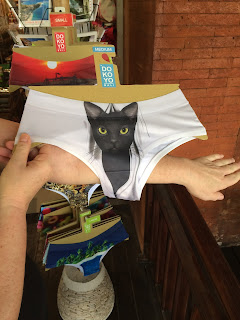 
Coming home was painful.  I was with the best women ever, all day, every day and then we separated to go our different ways.  I was also back home.  Away from the part of the world that I grew to love immensely.  It took a good 24 hours but I pulled it together and was able to function.

Since being home I have never felt more calm and less stressed.  Even when stressful things come up I feel like I can handle it so much better.  Before I left I had had to take an Ativan every night so I could sleep and not go crazy in my head and now I don't need them.  I've been wanting to go off of them on a regular basis but just couldn't seem to wean myself down.  I keep them around in case I have an anxiety attack but I feel like I have a lot more control.  I'm really finding happiness within.  Happy with myself.  It doesn't hurt that for 17 days I had my girls telling me I was awesome.  Carol and Tracey have been my cheerleaders.  I hope I can be the same for them.

That is some serious stuff.  Luckily I have A LOT of pictures that can show that not only did we enjoy that trip and see cool stuff it was, hands down, off the charts FUN!

I'm still going through them and I'm going to share my days on vacation in the next couple of weeks.  Light myself a little incense and share my experiences.  Keeping the cloud lifted and the chakras aligned!!