While I've been running around like crazy I listened to another running book. 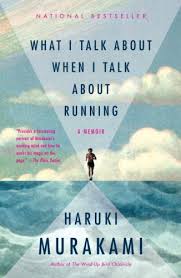 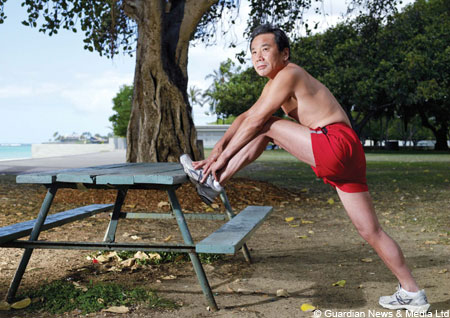 "At least he never walked"

And his most famous quote:
“Pain is inevitable. Suffering is optional.” ― Haruki Murakami, What I Talk About When I Talk About Running
Credit Goodreads.com

It was a pretty good book.  I had started it earlier and was unable to finish so I started over again.  It is only around 8 hours long and a real easy listen.  Mr Murakami is an author that during the time of writing this book was moving around from Hawaii, Tokyo and the Northeast of the United States. He runs daily and runs a marathon at least once a year.

In one story he talks about running in Greece the original marathon route only from Athens to Marathon instead of Marathon to Athens.  He was doing it as part of a magazine article so there would be press there but that is about it.  He was also doing it in intense heat.  Haruki was surprised to learn that most people that commit to running it for press usually just take a few pictures and run a little and not actually do it.  He was determined to finish and in the heat it was a killer.  The way he described what I call the "hate run" is spot on.  You know those runs where something or everything is just not right and your mind just gets hateful.  Hateful at the birds, people passing by and by anything else that pops into your mind.  He finishes the run because Mr. Murakami has an strong set of principles.

He also talks about the little things that running teaches him and the big things.  He credits running for his success in writing.  He also states that doing one ultra marathon was enough for him.  The book itself almost helped me understand in concrete thoughts why I was a runner.

Definitely a great read.  I would be interested in reading some of his other work that has been translated.

Speaking of books, if you get a chance zip over to this blog:
Running, Writing and Chasing The Dragon

A blog by writer Mark Matthews.  I stumbled onto his blog and started following it because of his running.  I continued to catch up whenever he posted because his writing is creative, interesting and entertaining.  Even when he is doing a quick running blog post I admire how easy and entertaining it is to read.

I just ordered one of his books off Amazon for my Kindle app.

I'm excited to read it and will review it when I'm done.