This last weekend I spent a lot of time in Rock Springs.  I worked a 24 hour shift, then I was off for 24 before working another 24.  On my time off I went for what turned out to be a great run! 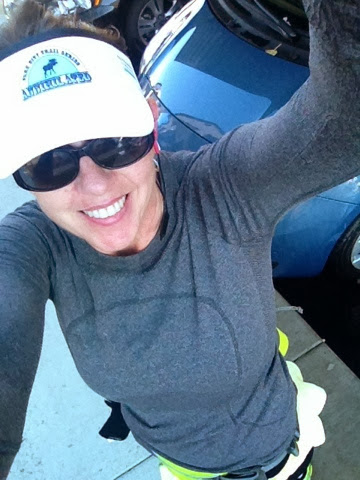 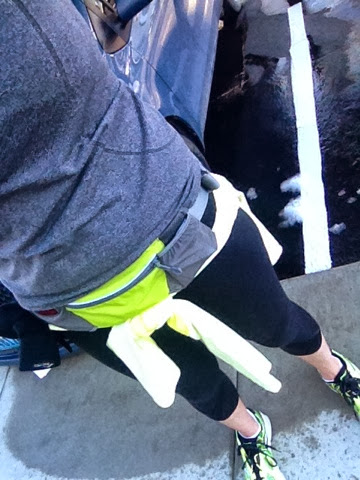 When I started going to the best Running clinic anywhere at the UofU orthopedic hospital (ask for Laura) it was discovered that years of running holding my water bottle was causing me to swing my arms in front and across my chest.  No bueno for good form.  So until I'm much better at my form I'm trying to not run with my water bottle.  I dug in my closet and found a hydration belt that I bought about 5 years ago. 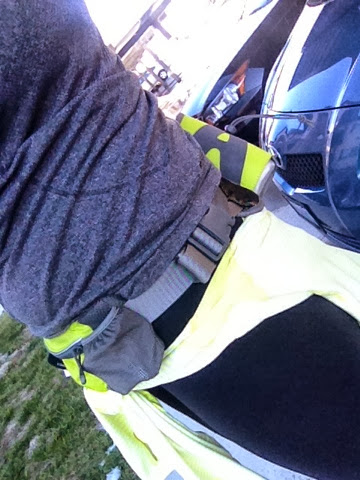 There it is! It holds my big insulated bottle and having it around my waist doesn't bother me too much.  I can also carry my phone and stuff in the front.  I'm not in love with it but it will do until I can afford something I really want.  I can even tie my long sleeve around my waist under the bottle.  It feels a little crowded but better then being hot!

It was a really good run of about 5 miles, running 11 min/miles average.  I had a wind in my face running back to the apartment and the higher elevation but I still felt good.  I didn't try to go fast....and I didn't.  It was nice and cool with the sun shining.  I had to do some puddle jumping though.

That's because the night before Rock Springs looked like
THIS: 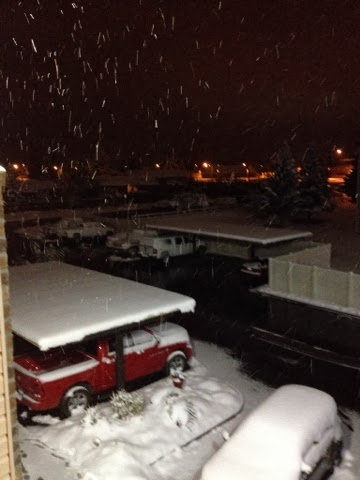 Crazy winters I tell ya! 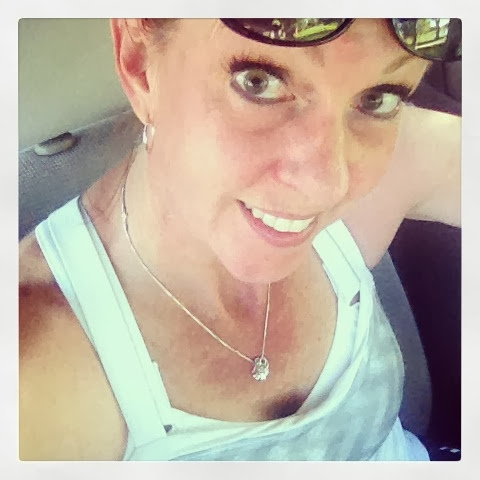 Here's a pic from an easy run around Liberty Park.  It was hot.  Very hot.  In the last week I've ran:
5 miles - easy around my neighborhood.  I thought I was going to die it was   so hot and I felt dehydrated.
4 miles - downtown around Liberty after I dropped my car off.  I wore gloves   and it was windy.  I overdressed, of course.  My 2 miles Tempo run turned     into a little bit of speed work.  Oops.  Laura (Physical Therapist) told me to   wait on the speed work.  I'm still not "there" with my foot!
5 miles in RKS.  It was cool, but not glove weather.

I've also been working.  A LOT! 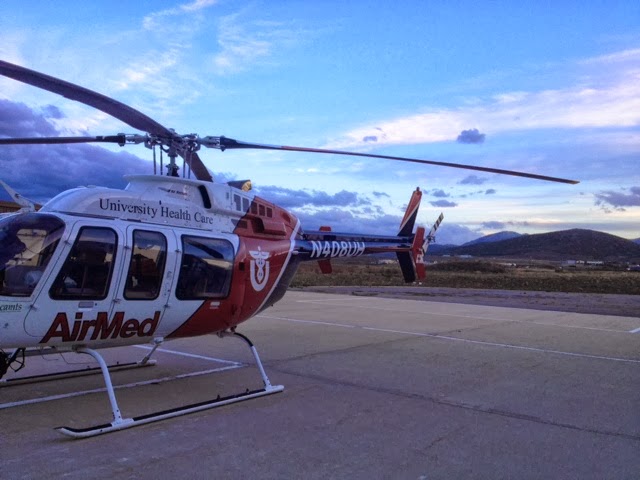 It doesn't always look like this, but enough that it keeps me grateful for such an awesome job.  The picture above is at our Park City base and the picture below is the sun setting at our University of Utah Hospital Base. 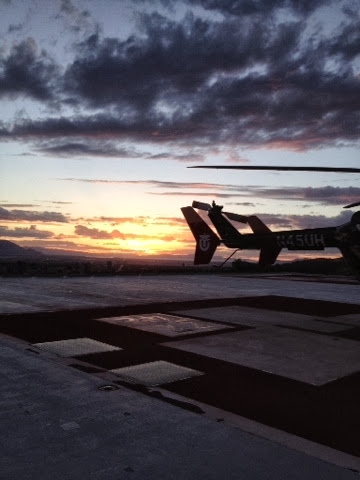 I had quite the fixed wing transport. 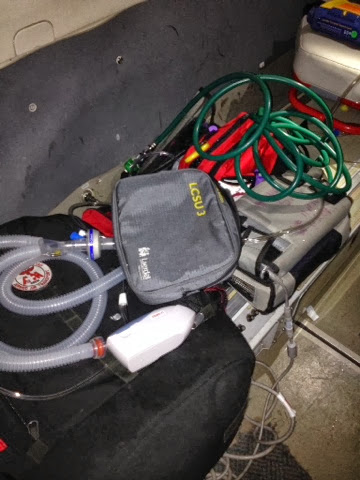 I took this picture after we got back to the plane when we were done dropping the patient off at the hospital.  I spy a vent, suction, thermometer, my nurse purse and a lot of fear.  Lots and lots of stress and fear.

It was a pediatric transport of an infant.  Despite the picture and using all the tricks in that particular bag, it was a difficult transport and I about fell to my knees in gratitude when I handed her over to the amazing team at our Children's Hospital.  The baby was alive and I think she'll do OK.

Fixed wing transports can be long.  We were with this patient from about 9pm until midnight.  That is a long time.  Plus the weather was crappy and we were getting bounced around.  Just as we were landing I thought I was going to vomit from the heat, movement and stress.  I learn something new every time I transport someone and I feel like I made some good decisions even though I didn't have all the information about her condition.  Unfortunately we don't have x-rays or even x-ray vision in the aircraft.

SO in a nutshell it's all good.

Work is good, busy and exciting.

Running is coming along nicely and I feel like I'm getting stronger and I'm running better.

How do you dress to run in the fall??

Are you nervous you will get cold??