It's only been 20 days but for me that is a long time to be away from my beloved blog.  To say that those days were overwhelming would not be describing it to it's full potential.  Still adjusting to the single life, I've been happy but so busy.  I was trying to get ready for Ragnar and working my 2 jobs.  Plus, my AirMed job requires I have to do lots of off shift training, meetings, etc.  I spent a couple of weeks flying so much that I had no time to catch up around the house or my bills or anything.  When I went to Rock Springs I ended up charting and flying.  It really is a blast, but the timing was not very convenient.  But then again, is it ever.
SO I survived.  I managed to get all my work done and catch up on some stuff on the house and last Tuesday I went to work in Ogden and felt awesome!  I can do this.  I can have my house, work and keep up on life.  Just not my blog, so much.  I feel very lucky to be able to work enough to support having a house and the health to work hard!
Enough about that.  It wasn't that anything worth blogging was going on!  It was a wonderful busy month!  Here is my 3 week catch up in pics/comments. 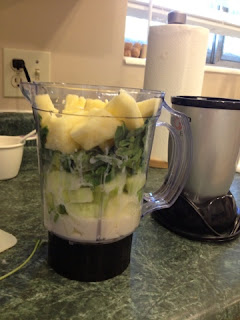 Three day detox.  I would have to give it one thumb up and one thumb down.  Too many carbs for my low carb body.  I didn't feel good enough at the end to do it again.

Started trail running.
But first I watched some horses talk about my decision.  They were planning on saving me if I got lost. 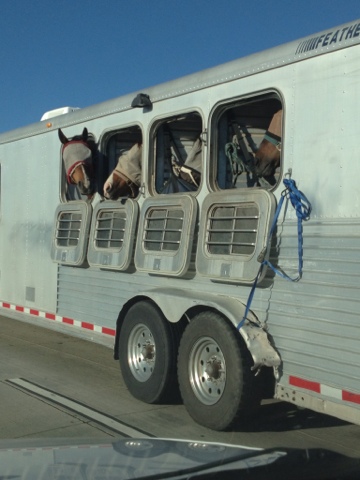 My first trail run was on the Corner Canyon Trails.  My brother showed me a map and I printed it out and made a plan. 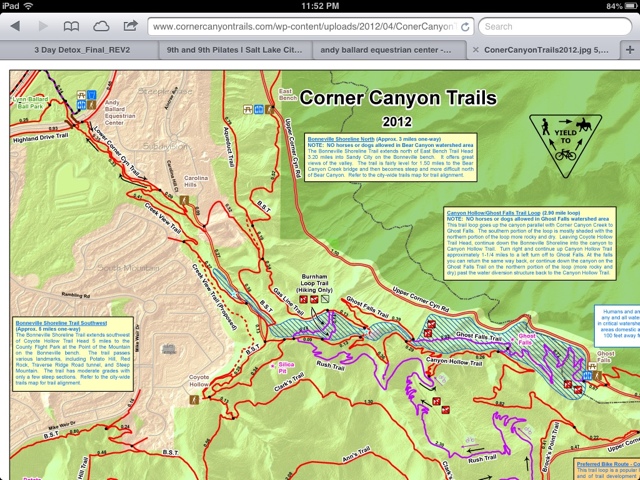 ﻿
I call it the run that almost DIDN'T happen.  I drove all the way there (about 20 minutes) and realized I forgot my NEW trail running shoes.  GAH!  Thankfully I've been running around town in some Saucony Guide 5's and I just laced them up tight and took off.  They did a great job and washed up just fine after. 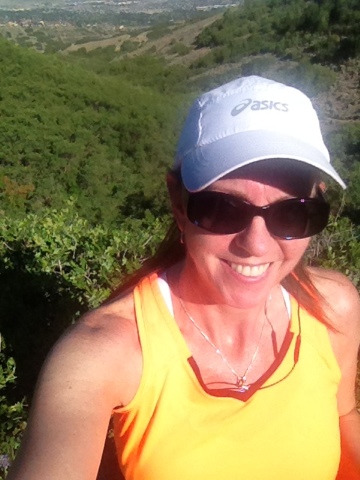 It was a huge success and I loved every minute of it.  So much so that I went trail running the next Saturday also. 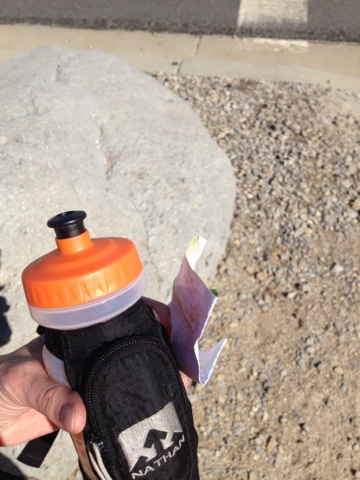 My favorite bottle holder and my map.  I actually used it a couple of times.  There was also lots of people on the trails that were helpful.  It was hottie heaven.  I need to hang out there more often! 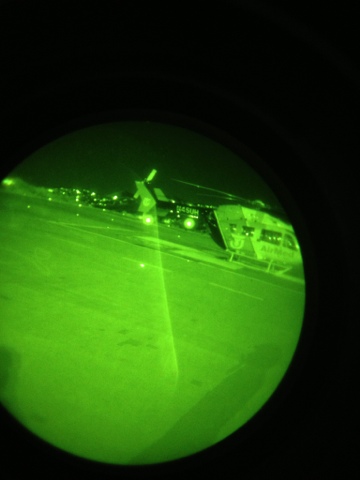 Practicing with our NVG's.  It could be construed as Shenanigans.  But it was work people, WORK! 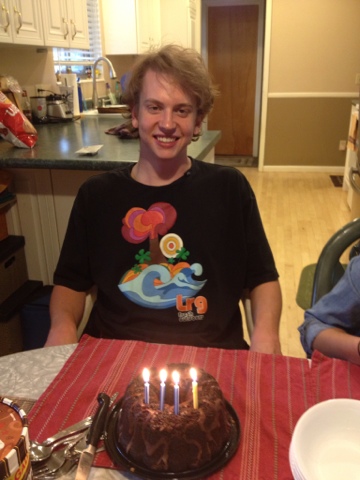 Family BBQ and cake.  We like to keep it casual. 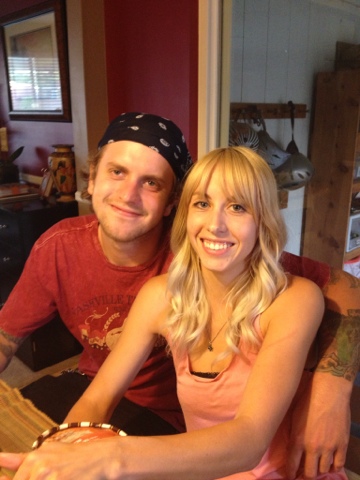 Jake and his beautiful girlfriend Emily 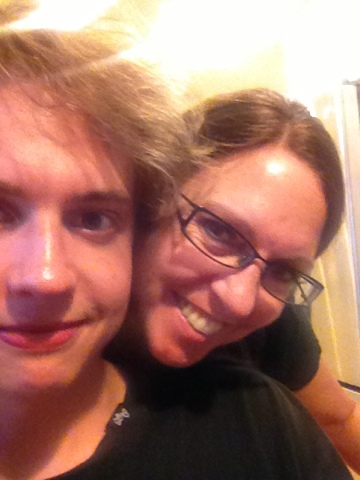 Taking pictures.  Because my kids are awesome. 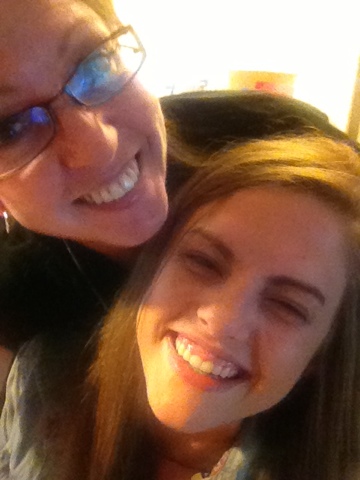 And my daughter is so funny and beautiful.  I don't know if it was parenting skills, genetic or luck but all my kids are fantastic, kind, smart and funny.  They are super cute too! 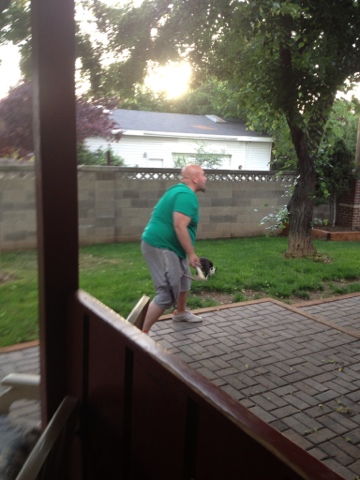 My oldest, Austin.  I was playing hockey ball with Ted the dog.  That way he keeps moving and Ted has fun too.  He is getting ready to start his new job at Halliburton and has been mostly staying with us.  He's done a great job helping around the house, feeding the dogs, exercising Ted...eating.
Hahaha 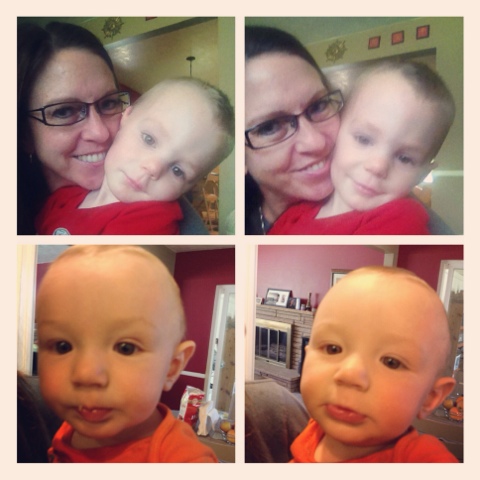 Lyndsi and Brent came into town to visit family and I had a chance to hang with the boys for a few hours.  They are healthy, cute and smart!  I smooched lots of cheeks. 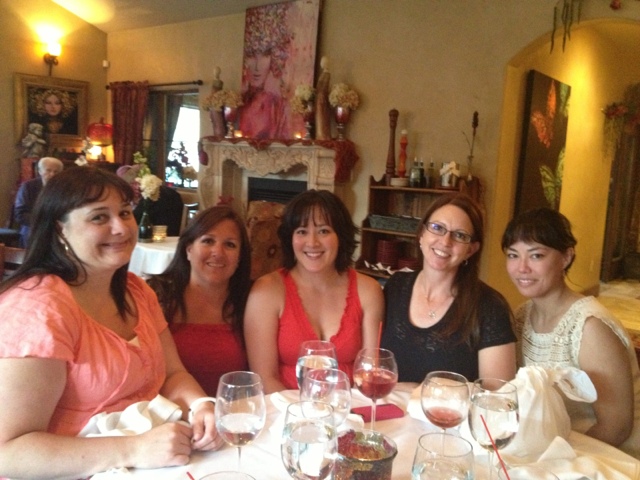 Terri, on the far left and I share a birthday month.  At work I use to bring a cake that we would share.  We asked some friends to come celebrate with us at Cafe Madrid and had a great time with lots of Sangria and friendship!

I went out to dinner with Tera and Jason the next night, but alas, no pictures. 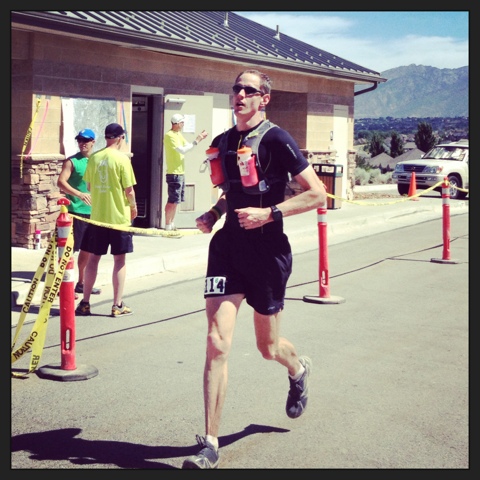 I heard through my great blogging friend Susette, that there was going to be a Corner Canyon ultra.  I had planned to run there so I decided to run up Millcreek that day instead.  Then I thought, I wonder if my brother Joe is running it?  I texted him and yes, he was!  I planned my run so that I could drive down to the finish after and see him come in.

He came in FOURTH on his very first 50K ultra!
I knew the first three runners, they were all residents at the U. They were all 10 years younger then my brother, who is 41.
BOOM.
IN YOUR FACE.
Maybe deep inside that talent genetically lies in me.  :::Shrug:::: 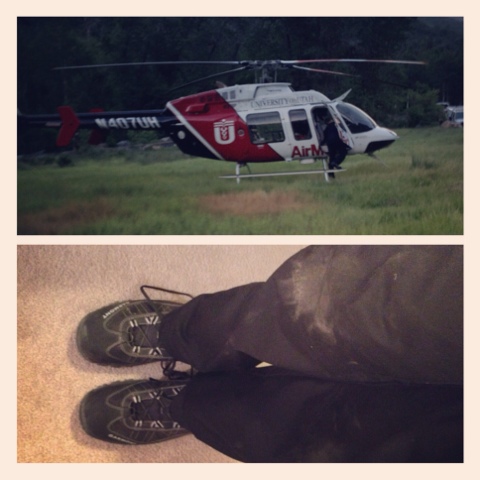 Late call on one of my rotor shifts.  Up in the mountains.  We had to hike.  I was wearing my winter boots since my regular boots were in Rock Springs.  They worked out wonderfully.  I have been told that hiking is involved with my job and there it was!  It was a beautiful night and the ground crew were amazing!  It's definitely a call I won't forget!

That's it! All caught up.
Good times.

Now I will put together some posts so that you can see how the antics continue.

What do you do when you feel very overwhelmed??

I take any opportunity to nap.  I don't know why, but the lack of sleep makes me unable to cope with daily life when I get too overwhelmed.